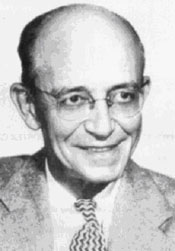 Paul Foster Case was born in Fairport, New York in 1884. His parents were members of the Congregationalist Church and his father was the town librarian. Dr. Case was an accomplished musician and scholar. His sense of humor was expansive and he was a member of the Liberal Catholic Church. In 1926 Dr. Case became a Master Mason.

He began the study of Tarot after meeting Claude Bragdon who asked the sixteen year old: "Case, where do you think playing cards came from?" Dr. Case began to investigate everything he could find concerning the Tarot. His investigations eventually led him to publish for the first time in history the correct attributions of the Hebrew letters and numbers of the twenty two major trumps of the Tarot.

When Dr. Case accepted the enormous responsibility of founding an Order dedicated to the welfare of all mankind, he accepted the fact that his life would become a living sacrifice. His daily existence was hard. His sorrows many. Often, he did not know where his next meal was coming from, but he would save his last bit of money for postage so the correspondence lessons could be mailed. His perseverance in the face of the prejudice and ignorance of the times was a test few could pass. Dr. Case withstood the ravages of disputation and poverty, leaving Builders of the Adytum a spiritual heritage of harmony and wealth beyond measure. 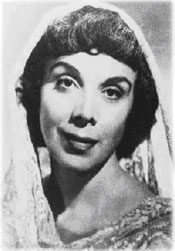 Ann Davies was born of Jewish parents in Cleveland Ohio in 1912. Her childhood and adolescence were tumultuous and difficult. As a young woman, her aspiration to become a dancer was ended by a serious illness which nearly killed her and left her crippled to one degree or another for the rest of her life.

Prior to 1944, Ann Davies held the views of an ardent atheist, an agnostic, a skeptic, a cautious then enthusiastic devotee of Hindu philosophy, and a practicing Buddhist. When she met Paul Foster Case in 1944, she immediately sensed that the Holy Qabalah and the Sacred Tarot were her Path of Return. Ann Davies received extensive training from Paul Case until his passing in 1954.

From 1954 until her death in 1975, she labored mightily to increase the availability of the Order's teachings. Her efforts included public speeches at Universities, television and radio appearances, and weekly Sunday Service sermons and class work. She traveled to various cities in the United States and New Zealand for the sole purpose of strengthening the work of Builders of the Adytum. Through the medium of her weekly class work, she provided students of the Order with extended doctrines on the Qabalistic Way of Return, adding to the tremendous wealth left by Paul Foster Case. Her sacrifices, along with those of Dr. Case and his wife Harriet, provided this Order with a rich depth of knowledge and feeling that have sustained Builders of the Adytum for nearly 80 years.